Every year, my friends over at the Beer O'Clock Show organise an event called 12BeersOfXmas. The idea is to drink a beer every day from the 20th December until New Year's Eve. Most people feature special or strong beers in their line-ups, but there's no rules. Just drink a beer each day and get involved in the conversation on Twitter.

The Kernel Brewery have been quietly plugging away since 2009, never really causing a fuss, but being very much enjoyed by those in the know. Their branding is incredibly understated but instantly recognisable. I don't see Kernel very much in Scotland, but when I see Kernel, I buy Kernel. There aren't many breweries as consistently good at such a wide range of styles as the Kernel.

The beer is absolutely remarkable.

On the nose there's everything you'd expect from an imperial stout; coffee, chocolate and roasted malts but I'm also getting a slight hint of smokiness and an almost whisky like character. I also get a slight hint of whisky barrel aging, perhaps as a result of the smokiness.

After taking a sip, I'm immediately struck by the body of the beer. It's incredibly thick and rich, coating the mouth and hiding its 9.5% ABV very well. The flavours on offer are much the same as the aroma, but the hint of smokiness and whisky barrel isn't coming through as much. It's all coffee, chocolate and roasted malts followed up a big, bitter finish. 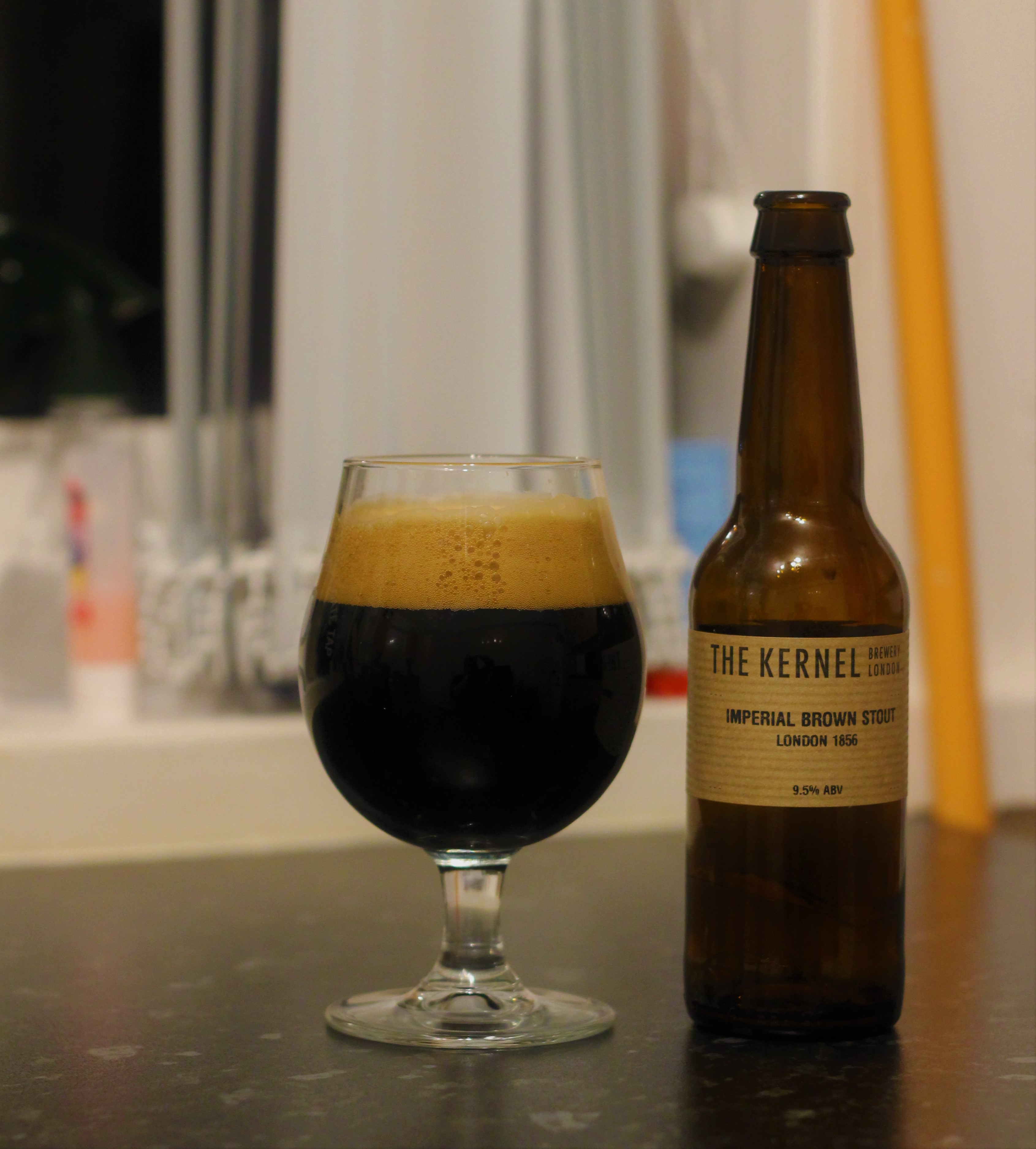